The intrinsic properties of working systems are the subject of study of many fields. Grey Systems Theory was established by Julong Deng in 1982 in China, since then, Grey methods were applied to many practical problems such as agriculture, ecology, economy, meteorology, medicine, history, geography, industry, earthquake, geology, sport, traffic, management, and more. The goal of Grey System theory is to provide theory, techniques, and ideas to analyze latent and intricate systems. It studies problems that are difficult for probability and fuzzy mathematics to handle, usually with partially known, inaccurate, or incomplete information.

“When the available information is incomplete and the collected data inaccurate, any pursuit of chasing precise models, in general, becomes meaningless.”

For some types of systems, more complexity means less representation ability, which means less precision. Grey Systems aims to uncover the laws of evolution of the systems’ behavioral characteristics by:

For a further study on Grey System the general topics are:

The Grey Relational Coefficient can also be called the Degree of Grey Incidence and it’s used when one needs to determine the factors that influence the behavior of the system. By using concepts of the grey relational space one can describe the relationship between one main factor and all the other factors in a given system. This analysis holds a few similarities with the calculation of the correlation coefficient.

Before going into the specifics of the Grey Relational Coefficient, here’s an example using the correlation coefficient. For the rest of the article I will be using: 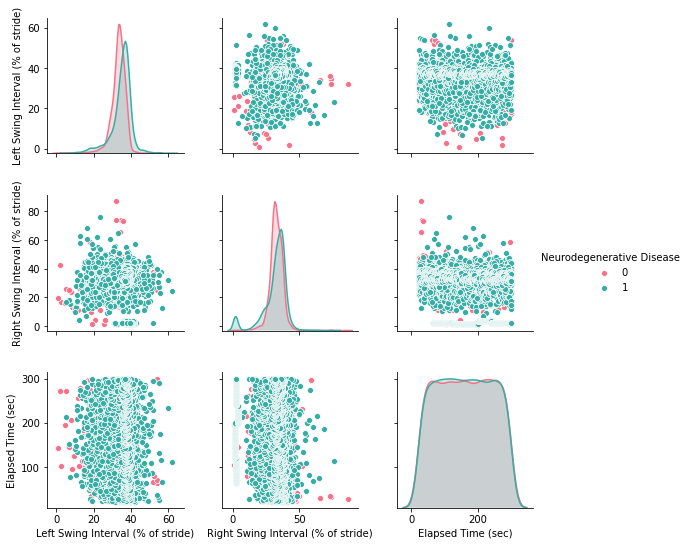 Computing the correlation out of this dateset: 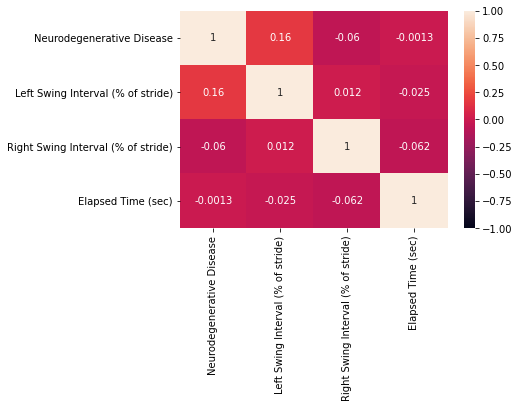 The correlation heatmap shows as expected that:

The intuition is that the algorithm get the relationship between a sequence x0 and a sequence xi, the grey relational coefficient (γ). All the coefficients of the equation depend on the absolute difference between the two sequences.

This translates into code as: 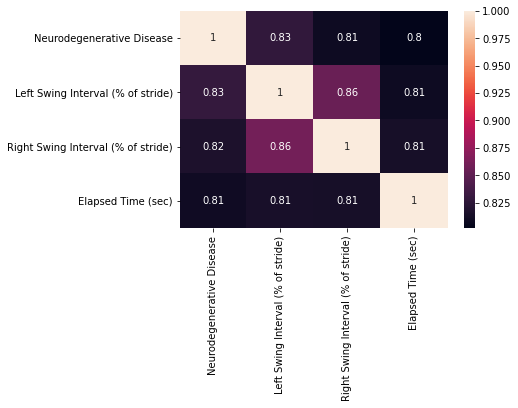 The results show a different perspective of the Correlation Coefficient in the first section. Again as expected, the diagonal is 1, however, this time the matrix is not exactly symmetric. As major changes, our lower bound is 0.81 showing that the algorithm considers all the features to be similar, especially the features Left Swing Interval and Right Swing Interval that scored 0.86 of similarity. The results reflect the nature of gait, both features can be considered similar because they act as a delayed mirror of the other.

This shows that the grey relational coefficient is a more precise measure of similarity than correlation coefficients for gait data.