The load time for interactions in background tabs is 22x to 56x slower. This is undoubtedly tracked by Real user monitoring (RUM) solutions but is not discriminated against when defining alerts and budgets.

In a recent project, my challenge was to use available RUM (real user monitoring) metrics to define performance SLOs and error budgets. My initial thought was that the process would be simple since the historical data was available.

One special detail of the data was that it had a long tail. Imagine a distribution with an acceptable mean, a worrying p75, and a completely out-of-the-scope p90. 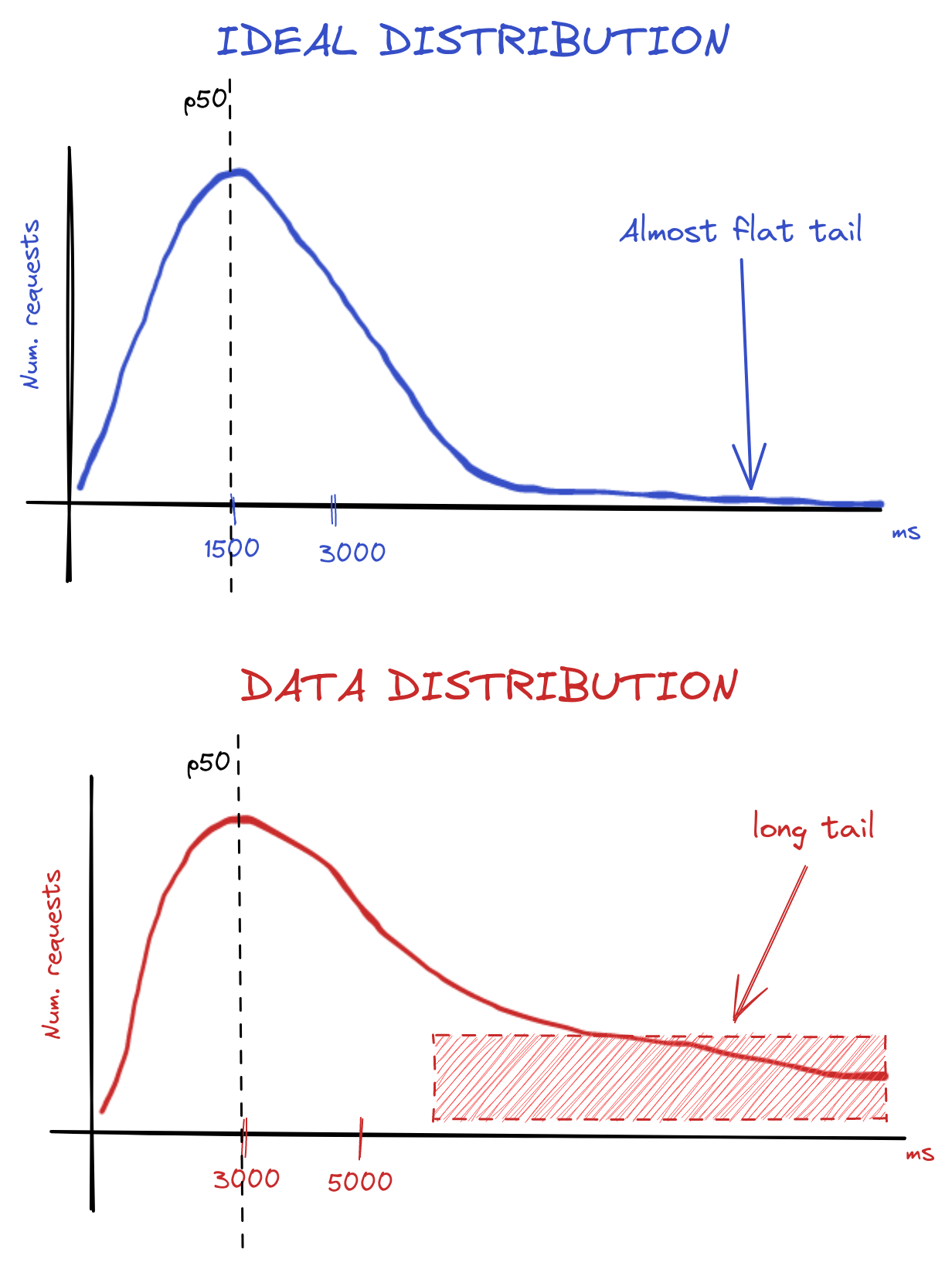 Outliers could not be excluded by analyzing percentiles, resulting in completely obscene performance metrics. This got me into an spiral of research and fear until I decided to analyze and sample the slow pages myself, to my surprise results were always close to the p50/p75.

One thing we noticed was that most of the slow events had “in foreground periods”, which was how our provider signaled moments where the user had put the page in the background and returned to it. This appeared to be a common thing among users, the realization paved the way to the discovery that some browsers (chrome in particular) slow down (or even suspend) execution of JavaScript on unfocused tabs.