Audacity is a sound recorder and audio editor initially written by Dominic Mazzoni in 1999 as a platform to develop and debug audio processing algorithms.

Audacity codebase is a mix of well-structured and less well-structured code… there are some impressive buildings, but you will also find run-down neighborhoods that are more like a shanty town.

Points that caught my attention:

Check below a summary of my notes: 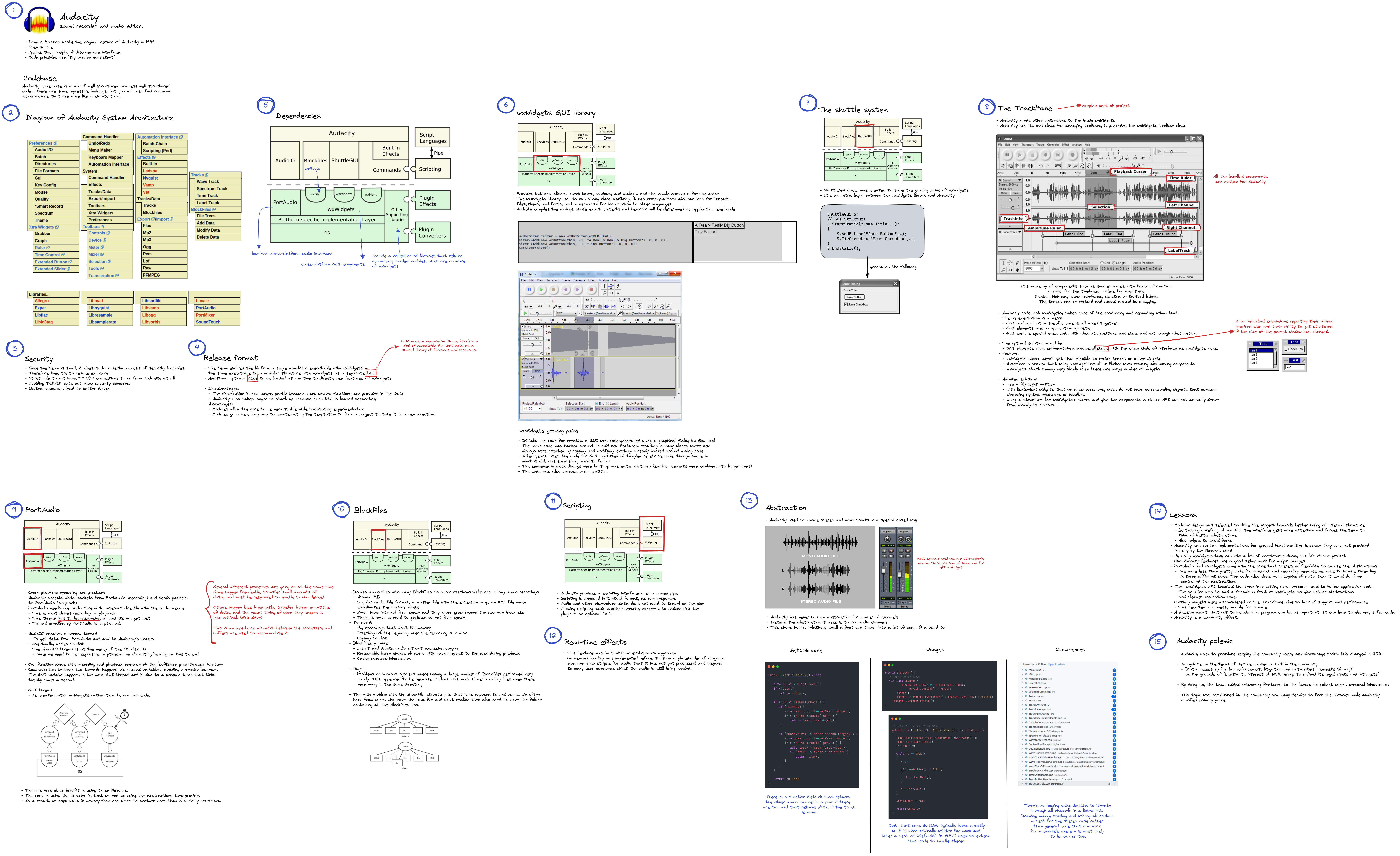 Did I make a mistake? Please consider sending a pull request.
Heavily based on Reverie